I suppose I’ve always been an anxious person, but I didn’t truly realize it until years after some of my most anxiety-filled times. The cliché of being anxious has always been in the forefront of my mind so, for most of my teenage years, I refused to believe I struggled with it. After all, I didn’t have any issues with being social or speaking in front of others. I was always people friendly. But that’s not how I’ve always been.

I’m happy to say that I don’t constantly suffer from anxiety; it’s not something that has completely taken over my life. For this, I am beyond grateful. But as I grow older and become more aware of who I am as a person, I become more aware of my anxiety-led tendencies.

I didn’t really know I had anxiety until I was well on into my teenage years — I was probably 16 or so before I fully understood what anxiety was and that I had struggled with it before. Everyone has anxiety after all, but mine had always been a little bit different.

As a child, I was very attached to my mother. Whether or not this had to do with parental abandonment issues, I clung to my mother like a baby sloth. I slept with her in her bed until I was about six. It was hard for me to go on overnight trips (of which I took many, being a Girl Scout) without one of my parents with me and, even if I went alone, I usually clung to a parental-like figure the entire time. This continued into my pre-teen years.

During elementary school, I had a lot of anxiety around the thought of my mother forgetting about me (and just to make it clear, neither of my parents ever forgot about me or neglected me). I remember breaking down in tears — more than once — when my mother would be late to pick me up from school. The times she would check me out early, I would stare at the clock until the time she was supposed to arrive and when that daunting phone didn’t ring as the minute hand passed the hour or half hour, my breathing would pick up and my eyes would begin to water. A few of these times ended with me frantically calling my mom’s cell phone on the teacher’s phone to make sure she was on her way. I don’t have a recollection of when this stopped.

In middle school, things only got worse. I was the recipient of some pretty harsh bullying early on. From someone shoving a dirty Ketchup packet off the ground into my mouth, to boys getting in my face in an empty hallway to see the “ugly girl,” my love for people was replaced by sleepless nights, fighting back tears in public, and a fear of people. These are the same years that my depression began and my suicidal tendencies started peeking through. I didn’t like to be alone around others and I hardly spoke to people, my head hanging low so I wouldn’t meet the gazes of people in the hall. I feared judgement in my PE classes because I was “fat” and “clumsy” (even though I was being trained in classical ballet and Pointe) and felt my heart rate picking up before I even exerted any physical energy. My predominate anxiety of people and judgement continued until I was about 15.

Even in high school, when I had matured and developed into someone much different, I struggled with anxiety, though it was acute. It’s funny because when I think of high school, I think of all the friends I had, all the boys who wanted to hang out with me, all the stuff I was doing– but I’m also reminded of how my heart rate and breathing would always pick up when walking to my first class of the day or when walking into a class late. It was almost routine. Even though I auditioned and earned solos in musical performances, I was terrified of judgement. The anxiety and nausea that I would experience before performing any type of musical piece on stage stopped only when I decided to quit music and performance, because I hated how I felt before going on.

To this day I still struggle with my anxiety, and I didn’t realize how it has somewhat defined me as a person. I don’t go out on the weekends, I don’t go into restaurants alone to reserve a table for friends, I crumble when people raise their voices in anger — all of this is motivated by some fear, some anxious thought or tendency.

For the longest time I just experienced anxiety when I was put in a situation that made me feel anxious. I never had random feelings of anxiety, nor had I understood how people could be anxious for no reason. Last fall, however, I experienced anxiety in a completely new way.

I was sitting in Spanish class, just a typical Tuesday. I was listening to Huesa lecture when I felt it — that familiar feeling of my heart rate speeding up. I tried to continue listening but couldn’t completely tear my mind from my racing heart. I began to worry if anyone else around me could notice how quickly I was breathing, or how quickly I felt like I was breathing. My hands began to sweat and had a slight tremble to them. I yanked them from my desk into my lap and tried to take deep breaths, but could barely focus on what was being said. Naturally, this was the day when Huesa would just randomly call on me to answer a question he was asking and, fortunately, I was able to instinctively come up with an answer, choke it out, and go back to my previous state.

This happened a few other times that semester.

Those incidents, paired with random bouts of depression that semester, caused me to go to my doctor and request to go back on anti-depressants (I went off of them that previous January, much to my father’s disapproval), and my doctor prescribed me something that would handle both my depression and anxiety — something else I had to medicate now.

Over the years, anxiety has just been something like background noise for me. It’s always been there, and sometimes it’s louder on some days that others, but, for the most part, it doesn’t speak up too often. I had one of those “sometimes” on Sunday. 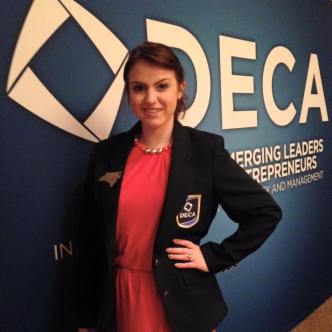 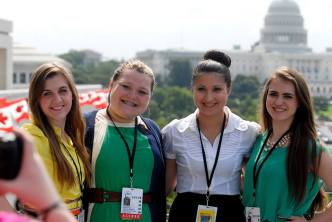 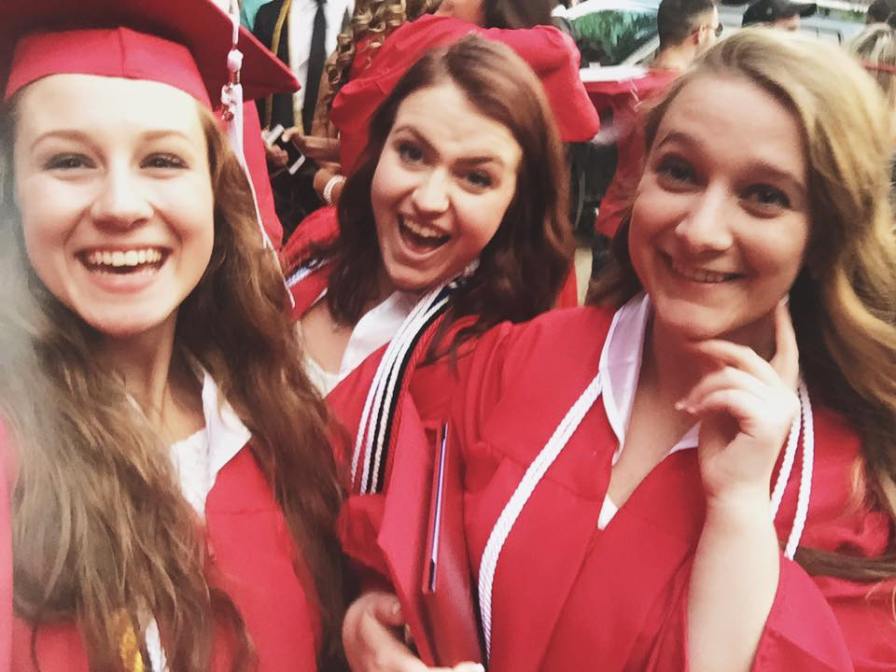 I’m going to preface with the last few days have been very…hard, to say the least. I have been in many situations that have caused my anxiety levels to be risen. I was tipped a bit over the edge on Sunday night and found myself outside, my whole body shaking, crying, and barely able to breathe.

I guess I wanted to talk about this because, sadly, there are so many stigmas surrounding mental illnesses. People are deemed as “different,””weird,””freaks,” or “dependent” for having things like depression or anxiety, but it’s not true. I may be different, but not because I have anxiety, but because — maybe — I have a sexual health podcast. I’m not weird or a freak because of depression, but because….well, I’m kind of weird and a freak. I’m not dependent because I take meds or see a shrink, I’m dependent because I’m a nearly 20-year-old college student who needs to call her Daddy when having a bad day.

I don’t want to make this into a “I’m not my illness” type of mantra, but I do want to say this: on the surface, I’m normal and put together. On the inside, I’m very different. And many, if not most, people are like this, and that’s okay. Nearly 43 million Americans suffer from some kind of mental illness. It’s not different or weird–it’s normal and should be treated as such. People who don’t have a mental illness should take a step forward and try to empathize with those who do, and that’s why I’m writing this blog post. The first step in acceptance is understanding, for those with and without mental illnesses.

2 thoughts on “My Struggle with Anxiety”