On Tuesday, November 15th, for whatever reason, I decided to leave my dorm room and go about my day without wearing makeup. This is the first time I had left the safe confine of my room with the pre-meditated choice to not wear makeup for a full day in years. While going from class-to-class on Tuesday, I had the idea to create a blog post about this — but I would obviously need to go without makeup for more than a day. A week, maybe?

A week — I decided to go without makeup for a whole week and see what happened. I honestly can’t remember the last time I went without makeup for that long…unless it was before I was regularly wearing makeup. I began regularly wearing some form of makeup by the time I was twelve. It began with some simple powder, then powder and mascara. By the time I was thirteen and in the eighth grade, I wore everything: liquid foundation, powder, blush, mascara, eyeliner, and eyeshadow.

I haven’t gone without makeup for an entire week (while leading an active lifestyle) since I was twelve. That’s seven years, folks. This was going to be interesting.

I documented each day that I went without makeup, with a picture. Here’s what happened. 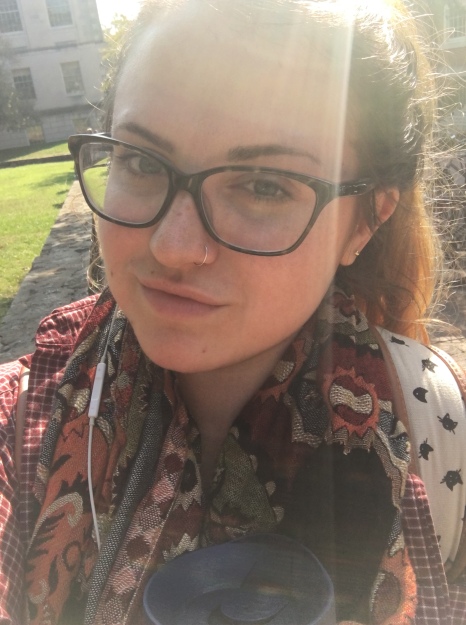 The first day was definitely the weirdest for me. It felt nice to walk out into the cool, crisp fall air and feel it on my skin. (Note: makeup really IS like a mask.) I was a little self-conscious, though. In my morning class, I felt as if everyone was looking at me…and not in the good way. I was more aware of how I appeared and wanted to tell people, “This isn’t how I normally look, I swear!”

The second day was more of a treat — I really appreciated not having to take the time to do my makeup before going to my 10 o’clock class. I wore the same outfit from the day before (whoops), confirming that a scarf can really play up your look, especially when you’re not wearing makeup. I was really feeling the no makeup look because I could rub my eyes and face without worrying about smudging anything. In fact, I forgot that I wasn’t wearing makeup. I exuded the same confidence as if I was actually wearing it. Plus, my roommate said I looked pretty.

The third day hump had arrived, and it proved harder for me than I might have imagined. I actually missed not being able to put on makeup that morning. What had been a ritual to me for so long was now being thrown out. I woke up that morning wanting to have a dramatic look with red lips, yet I told myself I’d last a week. So I went out with freshly washed hair and actually felt pretty okay — I got over the whole red lips thing pretty quickly.

Friday rolled around and I opted for my signature headband look. By now I had a couple of breakouts (go figure), but had to roll with it because I’d said NO MAKEUP. By day four, I’d pretty much gotten used to the whole no makeup thing and was easing into it more than before. It’s amazing how choosing not to wear makeup won’t affect your personality one bit.

Saturday was my lazy day, so I just threw my hair up into a ponytail and rolled with it. I hadn’t really touched or groomed my eyebrows in a couple of days so they were beginning to look bushier, but, hey, I had to stick to it, right? I encountered an instance (like a few over the course of the week) where I ran into a friend who didn’t recognize me at first. A little disheartening, I suppose.

Glasses definitely make me look better when I’m not wearing makeup. It’s something about the way they frame my face that I like. Sunday was day one of my food poisoning (lol @ my life) so I was VERY appreciative to not have to put on makeup when I could barely sit up. 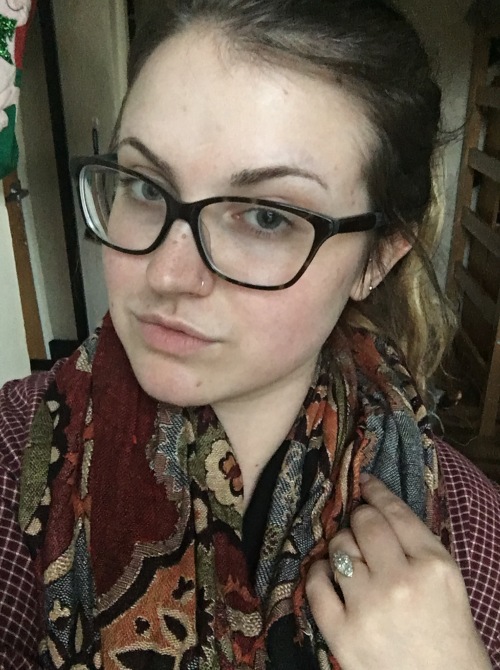 The last day finally rolled around and I had many mixed feelings. I was glad to be wearing makeup again, but sad that it meant I would not be able to get ready as quickly as I had been for the last week — but who was to say that I had to jump back into tradition? Though I wanted to believe that I wouldn’t begin wearing makeup again regularly, I knew I would. I just loved it too much.

Day One of Makeup: November 22nd

Can you tell that I missed makeup at all? I decided to go with one of my regular looks for my first day back with — of course — my signature red lips.

All-in-all, I didn’t have many jaw-dropping experiences from going a week without makeup. Some people didn’t recognize me, some people complimented me. I didn’t realize much about myself, either. I guess you could say I became a little bit more comfortable in my own body, but I think I’ll still always turn to makeup since I genuinely love wearing it. Are you going without makeup? Send me your pictures on Instagram and I’ll repost.